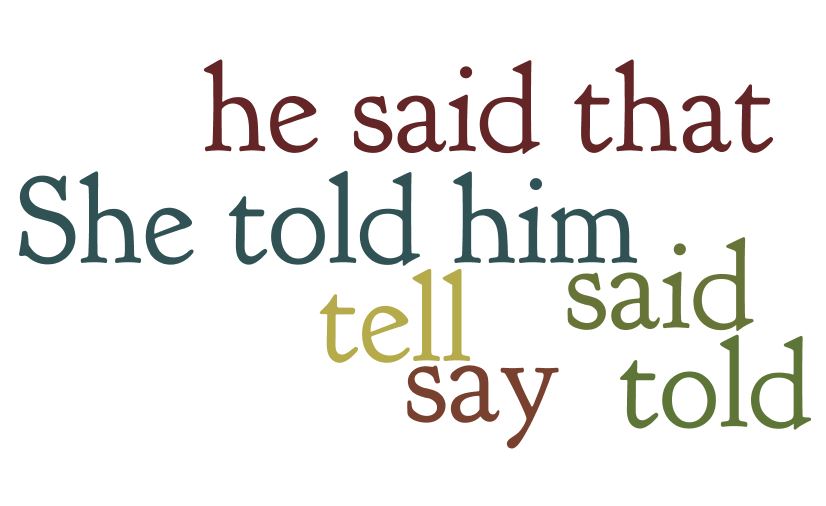 Knowing how to use say and tell can prevent a very common mistake made by many English language learners.

Let's start by having a look at their meaning:

Tell: to say something or give information to someone

Now let's look at how we use them.

Tell is used as follows:

We can tell the time.

Can you tell the story about the three little bears?

Tell him your name.

Tell us the truth.

Tell her a story.

We told George when to go.

He told me that he was leaving.

They told the children to do their homework.

Say is used as follows:

My sister says her prayers every night.

He said that he was very tired.

Say something to somebody

She said “Good afternoon” to me.

We said to the children, “Do your homework.”

When we perform on stage we say to her, “I am not coming with you”

We said to the children, “Do your homework”

We told the children to do their homework.

When we use SAY we can use the actual words that were spoken.

George said “I am late.”

We never use the actual words that were spoken with TELL.

George told us he was late.

When we use SAY we don't need to (but we can) mention the person being spoken to.

George said he was late. - (We don't know to whom he said this.)

When we use TELL we must mention the person being told.

George told us (that) he was late.

We told George not to worry.